Science and Faith: Hydrogen to Helium 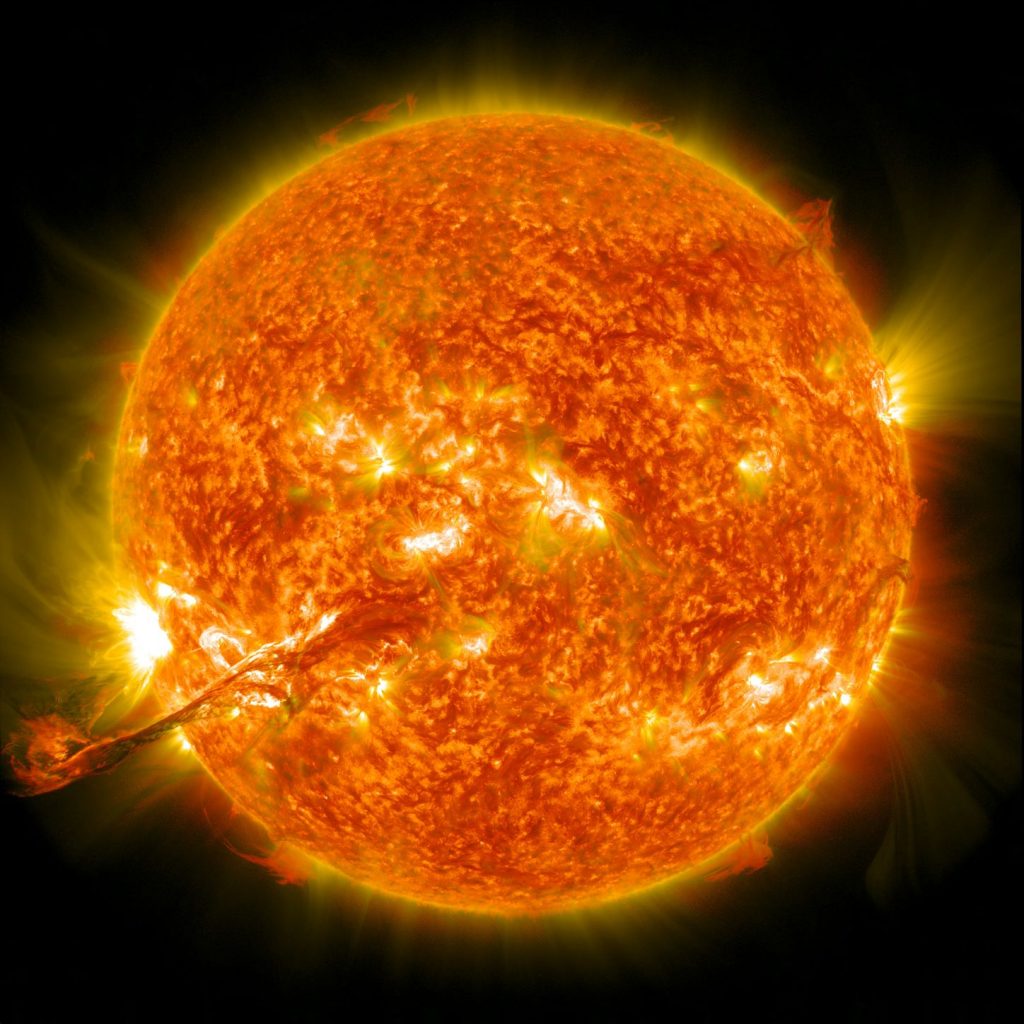 There are lots of good topics to cover, but this month I thought I’d discuss one of the things about how the universe needs to operate the way it does, or we would not be here. Most of this material is based on the book Just Six Numbers by Martin Rees, although it is also accepted by other physicists as established science. The author was Astronomer Royal for Great Britain, Royal Society Research Professor at Cambridge University, and president of the Royal Society from 2005-2010. He is also an atheist, so he is not trying to prove that God exists.

The Importance of a Stable Star

In order for complex life to evolve on a planet, we need to have a star that provides energy and is stable over a long period of time (more on that in later blogs). It has taken about 4.6 billion years in the case of Earth from the time the solar system formed until humans arrived on the scene. The only way to get this stable energy over a long period of time is when hydrogen fuses into helium inside the star. In the case of the Sun, it will likely keep burning hydrogen for several billion more years.

When this fusion happens, 0.7% of the mass involved is released as energy. The resulting components have 0.7% less mass than what was used to produce them. Recall Einstein’s equation E = mc2 where E is energy, m is mass, and c is the speed of light. So the 0.7% of mass is changed to energy according to this equation.

This energy is what keeps the star from collapsing: it balances the gravity of the star’s mass pulling everything in (see the picture below). The energy released is also directly related to how strongly the fused particles hold together; a larger energy release means the resulting particles are more tightly bound to each other. If this value were as small as 0.6%, or as large as 0.8%, we would not be here and in fact life would not exist.

Breaking Down the Process

In the figure below, the process to get from hydrogen to helium in the Sun is shown. Two protons (hydrogen nuclei) fuse into one deuterium nucleus (2H in the figure) by taking on a negative charge for one of the protons to yield a neutron. Then the deuterium fuses with another proton to produce a helium 3 nucleus, which fuses with another helium 3 to yield a helium 4 nucleus, which is the nucleus of a helium atom (and two protons are left over). These are nuclei rather than atoms because the heat is too great for electrons to be bound to these nuclei.

If the value of this energy release were 0.6% and the binding forces in a nucleus were not as strong, then deuterium would not be stable because the proton and the neutron would not bind to each other. Without deuterium, the path from hydrogen to helium would be closed off and stars would not have nuclear fuel. We would have no long-lived stars producing energy, and without that we would not have life.

In our universe, two protons repel each other so strongly (because they have the same electrical charge) that the nuclear force (called the strong force) can’t bind them together without the aid of one or two neutrons (neutrons add to the glue holding the nucleus together—more strong force—but since they are neutral they don’t add to the repulsion of the protons).

What if the percentage of energy release was 0.8%? So more energy is released when hydrogen fuses into helium, and the forces binding protons together are stronger. In the early universe that was quite dense, two protons would have been able to bind together easily. The actual early universe yielded about 25% helium and nearly all the rest hydrogen, but nearly all the hydrogen would have been used up in this case. So, no hydrogen would have remained to provide the fuel for ordinary stars and we would not have the long-lived energy source. Also, since the hydrogen would have been used up, water (hydrogen and oxygen) would not have existed. Scientists believe that water is also required for life (more in a later blog).

So any universe with complex chemistry requires the energy release fraction to be between 0.6% and 0.8%. There are additional limits on this involving larger nuclei like carbon that we need for life, but that will be the subject of a later blog. Enough physics for today.

This is one example of an aspect of the universe that has to be the way that it is in order for intelligent life to be here. A more-or-less random universe with more-or-less random physics would not allow for someone to ask “How did it all get here?” and “Is there a purpose?” In future blogs, I will discuss additional aspects of physics that must be the way they are in order for us to be here. To quote Scripture, “The heavens declare the glory of God, the skies proclaim the work of His hands” (Ps. 19:1) and “For since the creation of the world His invisible attributes are clearly seen, being understood by the things that are made” (Rom 1:20). Speaking of which, next month I will return to waxing enthusiastic about how truly amazing the universe really is.