Science and Faith: The Size of the Universe 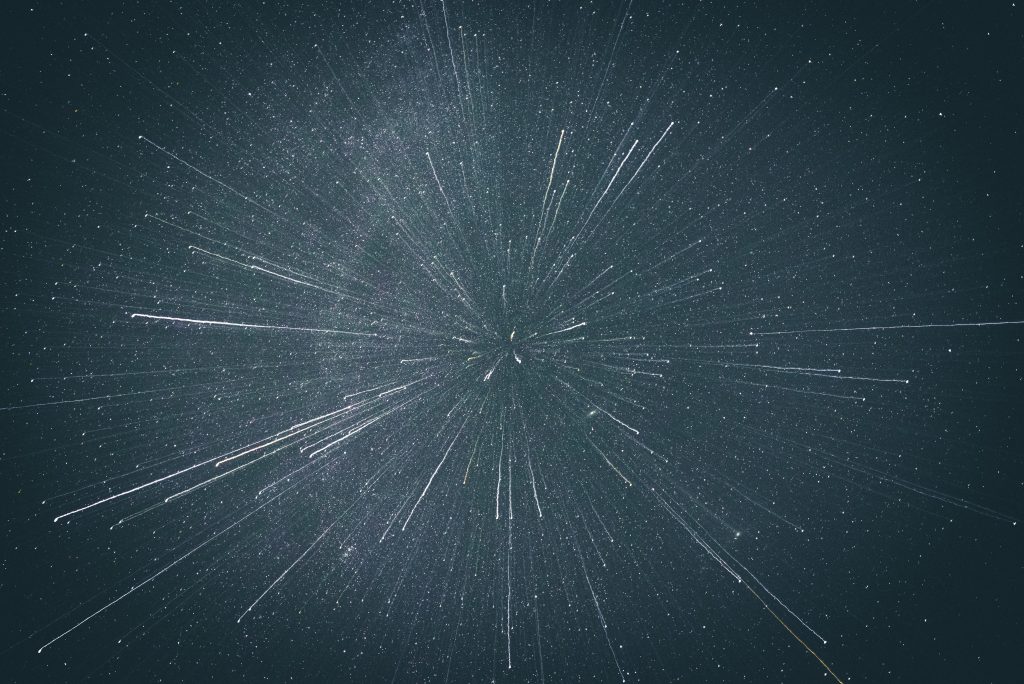 In the last century, scientists discovered that the universe started in a “Big Bang,” essentially growing from nothing into what it is today. And wow, it grew into something amazing! More on that below.

Science is unable to analyze what happened at that initial moment. The universe had a beginning; will it have an end?

We used to think that maybe the expanding universe would stop expanding after a while and that gravity would eventually pull it all back together. But we know now that the universe will go on expanding forever. Science points to a creation event of a universe that will expand forever—completely consistent with the belief in God—although there are other explanations that some scientists believe (see the first blog).

We are blessed today in that for the first time in human existence, we have some understanding of how truly amazing and huge the universe is. Isaiah and Job understood that God’s ways are far above human ways. But they didn’t have any idea about how absolutely incredible the universe really is. God who created our universe and put its laws in place is just truly unimaginable. Let’s think about some of this for a few minutes.

The Size of the Universe

We now understand, based on recent discoveries of planets around other stars (of which thousands are now known) that there are many more planets than stars. So, we have probably more than a trillion planets in our galaxy.

There are varying estimates of how many total galaxies there are in the universe, but 100 billion is on the low end. And here we are, on one planet around one star. The universe is unimaginably huge.

The Age of the Universe

The universe is nearly 14 billion years old. We understand this because we measure the universe to be expanding, and if we go back in time from that expansion the universe becomes denser and denser.

The universe’s distances are also huge. After traveling at high speed for about 45 years, the Voyager 1 spacecraft has left the solar system and is about 14.5 billion miles away. This is about 22 light-hours away (it takes 22 hours for a radio signal from Voyager to get to Earth), so almost a light day from us.

The distance from Earth to the farthest part of the universe that we can see is estimated to be about 46 billion light-years. So, 46 billion times 365 days times as far as Voyager has traveled in 45 years—unimaginably huge!

How the Size and Age Correlate

If you are wondering how the size can be larger than the age since light travels one light-year in a year and things can’t move faster than the speed of light relative to each other, the answer is that things are not traveling faster than the speed of light. The universe is expanding everywhere and things that are farther away are moving apart faster just because everything is expanding. The farther away you get, the faster it is moving away from you just due to the expansion.

The actual universe may be millions of times larger than what we can see (or more; one plausible estimate that involves the universe initially expanding at the speed of light prior to what is called ‘cosmic inflation’ is 3×1023 times the size of the observable universe); we just don’t know.

If I lost you with all these numbers (I don’t understand it all myself), the bottom line is that the universe is unimaginably huge, unimaginably old, and with an unimaginable number of stars and planets (and moons and everything else).

How Amazing Is the God Who Created This!

How amazing is the God who determined the physical laws that resulted in beings who could look up and ask what it all means? The various elements (carbon, oxygen, iron, and the rest) are created through the processes that go on in the stars.

The elements on Earth that allow us to be here were created in earlier stars that existed before the Sun came into being (which was about 4.6 billion years ago). The elements that were created in stars naturally come together to create molecules, and the same physical laws result in more and more complex molecules until life begins.

Then the process of evolution that God created (and that follows from these same physical laws) resulted in more complex life all the way up to humans. There are lots of amazing aspects to all of this that I will cover in later blogs. But for now, let’s just gaze and gape in awe at God’s incredible universe.

A God Who Wants to Have a Relationship with Us

In Isaiah, God is quoted as saying, “As the heavens are higher than the earth, so are my ways higher than your ways and my thoughts than your thoughts.” Little did Isaiah know how much higher!

Maybe we should think about that next time we are tempted to think God should have done something a certain way that makes sense to us, or even if the world seems broken and we are angry at God because it is not how we think it should be.

If we didn’t know any more about God, this would be really awesome but might leave us unsure of what it all means. The fact that the God who did all this chooses to want a relationship with us is truly amazing—God took the initiative to bridge the gap.