Science and Faith: How They Mesh Perfectly 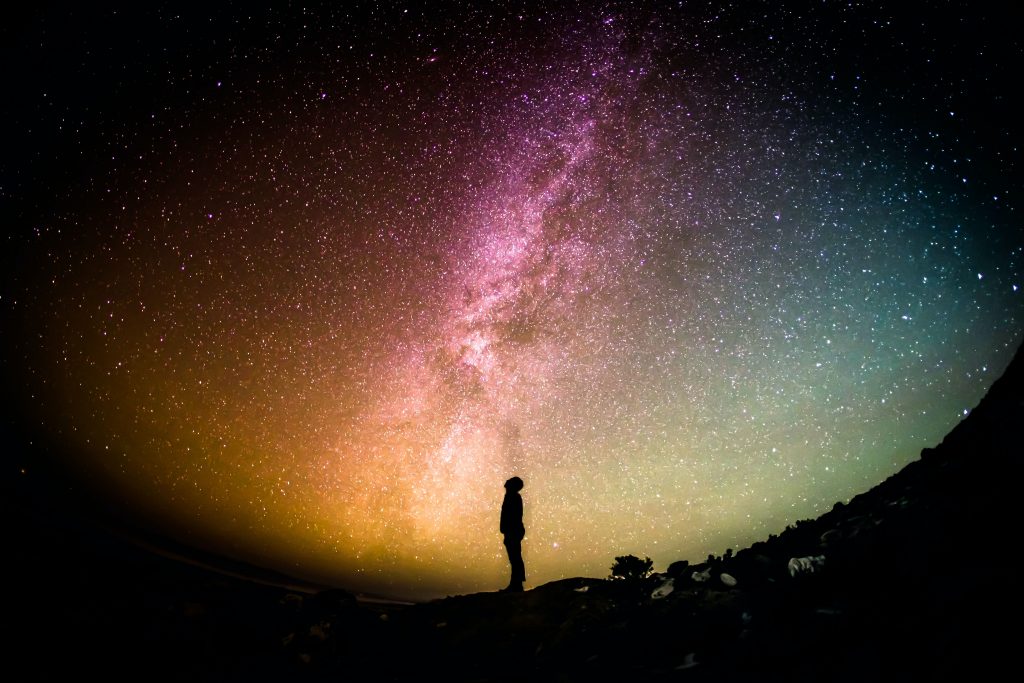 Science is the effort of observing nature, experimenting, and generally finding out how nature works. Sometimes people wonder whether science and faith can get along and whether we have to reject one in order to accept the other.

My answer to that is that of course they can get along. In fact, they must mesh perfectly, because science is the process of learning about God’s creation. When we do science, we are studying what God has created in the universe. If we reject well-established science because of what we believe, then we are rejecting the evidence of what God has done. To be clear, in this blog, I won’t be rejecting any well-established science because of religious belief.

Verses that Display this Balance

“The heavens declare the glory of God; the skies proclaim the works of His hands.” Psalm 19:1

“Look up into the heavens. Who created all the stars?” Isaiah 40:25

“For since the creation of the world His invisible attributes are clearly seen, being understood by the things that are made.” Romans 1:20

After Job complains to God: “Then the Lord addressed Job out of the storm and said: ‘Who is this that obscures divine plans with ignorance…Where were you when I founded the earth…when I made the clouds…Which is the way to the dwelling of light…Have you fitted a curb to the Pleiades, or loosened the bonds of Orion?” Job 38:Various Verses

Job complains to God about his suffering.

God shows Job the greatness of creation compared to mortals’ ignorance. Job learns that, while he had committed no sin for which the affliction was laid on him, he erred in thinking too highly of his own ability to rationalize the actions of his creator. Soon he kneels before his maker in humiliation and surrenders.

God asks Job a series of puzzling questions about nature so as to convince him of his ignorance. Job realizes that, compared to God, he knows next to nothing. God makes the point that if Job cannot understand the mysteries of the universe, how is it then possible for him to understand the God of nature. What he knows is insignificant compared to what he does not know.

What We Plan to Discuss in Our Scientific Blog Posts

In this blog, we will talk about how absolutely amazing the universe is. To me, just looking up and thinking about the awesome universe speaks to God’s will. Learning about nature is one of the ways that God communicates, and it is only in the relatively recent past that we have learned how huge and amazing the universe really is.

We can use this knowledge to come closer to God rather than as an excuse to think that we no longer need God because of what we can explain without God stepping in. We’ll talk about that some, about God’s involvement in creation.

We will talk in a number of blogs about how the universe works in ways that allow human existence and how if things were different, we would not be here. I want to dwell on that thought for a bit: there are a bunch of things about how nature works that, if they were not as they are, we could not be here.

That the universe has over time led to creatures that can look up and ask, “Why are we here?” requires quite a number of specific conditions that if they were much different, we would not exist. To me, this speaks to God’s desires for creation.

We will talk some about the evidence for evolution and about how believing that evolution is how we got here does not mean we have to go back to that science v. faith choice.

The evidence for evolution is so strong that if we did not arise through evolution, then God is intentionally placing evidence there to mislead us. I don’t believe in a God who would do that. Instead, I believe that evolution is the process that God put in place, and it is completely compatible with my belief in God. We’ll come back to that later.

Three Faith Options When It Comes to Science and Faith

There are those who think that, because through science we can explain more and more without bringing God into the conversation, we should not believe that God exists. We should only look at cause and effect.

After we discuss some of the many natural laws and effects that have to be the way they are in order for us to exist, it seems there are three options:

I won’t prove that the third answer is right, but I think it is the answer that makes the most sense given everything that I will cover in future blogs. You can choose instead to believe one of the other explanations. But that is a faith statement as well since we can only observe our universe and it appears that the laws of physics are the same everywhere.

And I don’t mind saying that the third explanation is the most appealing and uplifting.